I really enjoyed every aspect of this game.

I downloaded this for an unusual reason. I am trying to get a sense of whether or not Itch.io actually needs a "Gamepad" input category. It doesn't seem like it does, for two reasons.

1. From my tests, the only type of controller this game automatically connects to is an Xbox 360 controller. The game doesn't include a screen that says what the imposed 360 controls are - you'll have to use trial-and-error... I guess.
Additionally, you need Esc to get out of the game. I'm glad that this game lists its keyboard defaults, but Esc was not included in the list, and it's also not imposed on the 360 controller.

You COULD add Esc to a 360 controller, using a profiler (like JoyToKey) but that leads into the second reason...

2. No PC game needs to be categorized as "Gamepad supported" because 100% of them are controller-compatible if you use a profiler. So, this game could've been categorized as "Keyboard" and "Xbox 360" without the need for a Gamepad category.

I liked the fact that this game only seems to impose a control scheme on 360 controllers. It won't impose them on things like N64, Sega Genesis or PS4 - that greatly improves the value of those three controllers.

I made a gameplay of this game on my channel.
This game is cool

did you see the ending?

Game is fantastic. That last level is a real brain teaser, took me a while to figure out. Which I think is great!

Fantastic PoC, would love to see this developed into a full game (The last level was my favourite).

great puzzle game,great music,and the art style is right in my type,but it would be perfect if you can add a function to let people check is there a puzzle behind the current puzzle,and maybe highlight the puzzles edge when they are overlapped,it borthers me when a puzzle cover the one i want to put together lol.

Such a nice, calm day to play after a crazy day =)

Thanks ! That's what exactly how I wanted people to feel while playing the game, relaxed.

Simply sensational game with a great idea. Very good level design as well as the graphics.

It was a cute game.

This is ingenious and it's been fun playing. Great work. Moar puzezls! :)

Things I wish there was:

- a way to see pieces that are behind other pieces

- where are other pieces when I move a piece too far

Whoa, that was so relaxing and fun.

Does anyone know how to clear the game data, so that I can start over and play through again?

I deleted the game directory and reopened the ZIP, but it remembers my last level (I'm stuck on the last one, hence the desire tor replay).
I also searched the registry, but couldn't find anything there.

I like the game a lot, very cute, fun, and well thought out.

The last level really got to me. xD

This is incredibly chill, cute and clever. Congrats!

saw this on imgur awhile ago and just now came across it here! I can't wait to try it out!

this is really cool!

I'm stuck on this level. HELP! 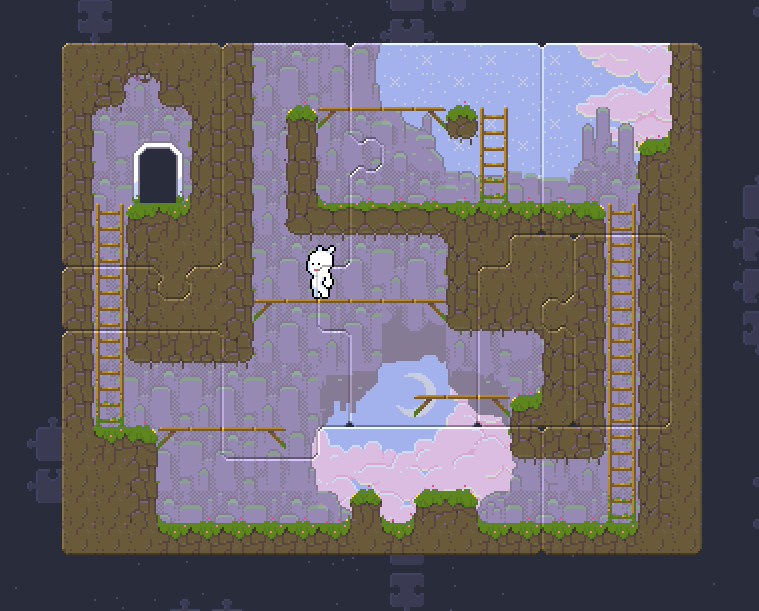 I don't want to give the answer away.  We spent about a half hour figuring this out.  I will just say that the solution is similar to how you got all the pieces together in the first place.

this is very cool. pacing seems a bit off with some levels but other than that it's dope

now where's the tip button. let me give u money

Love it ! A really fun and cute looking game.  Will you add more levels ?

Thanks ! I plan to continue its developement yes

I wish it was for tablet!!
My son would love it even more than me :D

Really cool! Lots of nice little details like the parallax effect with the background and the way the camera moves to accommodate the location of the pieces until they get too far apart and it changes to showing one at a time. My only complaint is that I found it hard to remember how the name was spelled when I went to search for it haha.

So nice! I just started. Can't wait to see the next levels.

Really love this game! Super interesting and fun and beautiful.

Got stuck on a few levels due to a bug where pieces wouldn't connect when they were next to each other, but managed to get past them by chance getting it to connect when it shouldn't: eg. 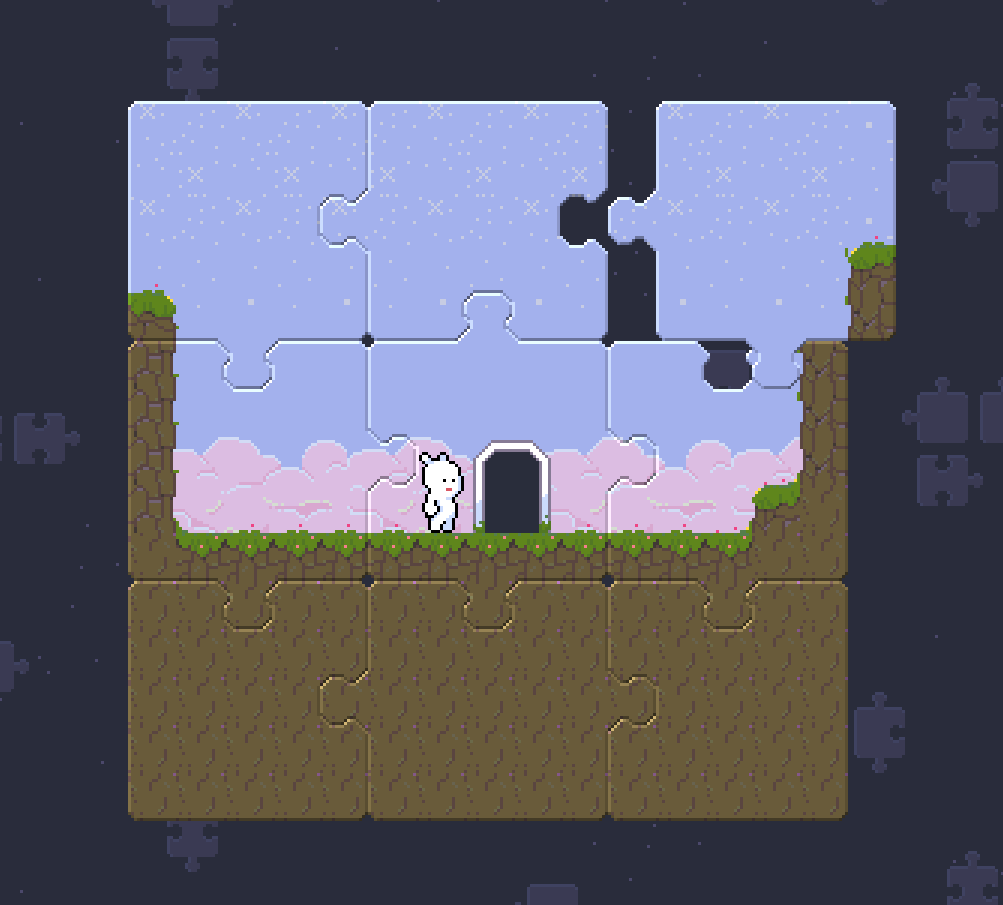 Thanks for the feedback I'm starting to see what is the bug :) glad you enjoyed !

same bug happens to me too!

Great, this video is very valuable to me in order to track the bug, thank you very much :)

It's like IRL when you jam two puzzle pieces together that shouldn't go together.  lol.

glitch that happened right after using the telkinetic overdrive

Damn I know this bug. I'll try to reproduce it. Thanks a lot !

Just a question : is there a way to restart a level when we're blocked without exiting the game ? Or maybe add a possibility to select levels, that would be awesome !

Yes it auto-saves the level you're in, so you can press escape to go to the title screen and start again it will take you back to the last level you reached.

Indeed level selection and a menu would be ideal. I'll think about it :)

Thanks for your feedback !

I don't understand the principle behind the puzzle where sometimes pieces that should interlock won't connect. Am I missing something obvious?

Just got past it, by just trying to connect them repeatedly? Is this a glitch or did I just brute-force the puzzle? (It's the 3x3 grid level)

It seems a few people have reported this problem, and I'm not sure I understand what's going as I haven't managed to reproduce it.

There you go, not sur if that makes sense or even cover the potential bug you have ;)

Thanks for the feedback anyway it's very useful !!

Wish I could provide better feedback but it doesn't happen super consistently, the 3x3 puzzle is just the worst one for it. If it helps at all, the pieces that go in the middle of the top and bottom rows are the ones that, for me, almost always fail to connect. It happened some in later puzzles, but never before that puzzle.

Really clever, left me scratching my head a couple of times. I look forward to more!

Thanks a lot, I tried to spend as much time as I could on creating levels. I wish I could add more level but I feel I've explored all the possibilities my current mechanics offers. Maybe if I add more mechanics like box pushing, triggers, doors, etc...